Ted Lasso, The Crown, Seth Rogan, Lil Dicky and everything in between

The 2021 Emmys Winners and Losers

Last years Emmy’s were a bizarre virtual event we hope to forget one day, and this years have returned to whatever this “New Normal” everyone keeps chiming in about. The 73rd Emmy Awards celebrated the shows and the performances that got us through a pandemic, while we were all stuck at home for months wondering “when will this end?” This years event took place at L.A. Live Event Deck, and had limited attendance. The red carpet show featured some well dressed guests, including Seth Rogan who everyone is talking about today, looking either like Thelma from Scooby Do’s distant cousin or like a better looking version of The Talented Mr Ripley, depending on who you talk to. 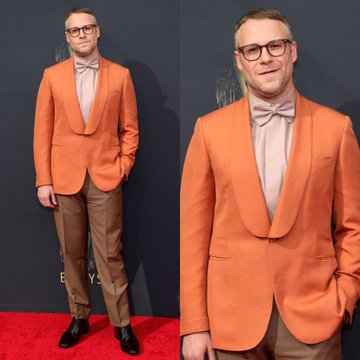 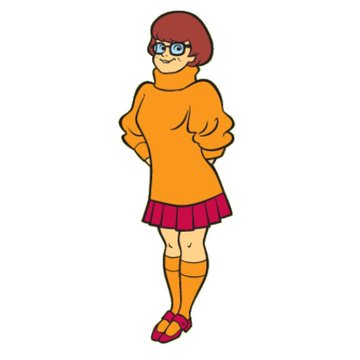 Apparently he wasn’t thrilled about the amount of people gathering, as he half joked about too many people being present.

Netflix’s “The Crown” and Disney Plus’ “The Mandalorian” led the nominations with 24 each, going into the night, followed by Marvel and Disney Plus’ “WandaVision” with 23 and Hulu’s “The Handmaid’s Tale” with 21. HBO and HBO Max topped networks and streamers with 130 total nominations, followed closely behind by Netflix with 129.

Our favorite moment,  The Emmy’s opening number with Cedric the Entertainer featuring just about everyone and Lil Dicky rapping ‘You got what I need’

While the players and staff of AFC Richmond thrive as underdogs, Ted Lasso’s freshman season was anything but at the Emmys. It’s a testament to the word-of-mouth power of the Apple TV+ series that its Emmys coronation—claiming Outstanding Comedy Series, as well as acting wins for Jason Sudeikis, Hannah Waddingham, and Brett Goldstein—felt like a foregone conclusion for the better part of 2021. To keep the analogies in the spirit of the series, other comedies trying to compete for the top awards against Ted Lasso might as well have been going up against Manchester United’s Treble-winning team—defeat was inevitable.

Finally Netflix picks up a big win for Outstanding Drama Series with The Crown. Despite being a major player at the Emmys since the early days of House of Cards, the streamer has never won an Outstanding Series Award (comedy, drama, limited series). In fact, the only streaming service to win Outstanding Drama Series was Hulu for the first season of The Handmaid’s Tale. Well, Netflix finally ended it’s drought with The Crown, but also with an Outstanding Limited Series win for The Queen’s Gambit to cap the evening. Netflix ended the show with 44 Emmy awards, the most for a single network in 47 years.

Kerry Washington paid tribute to Michael K. Williams who deserved a trophy in our humble opinions, she quotes “his excellence and artistry will endure”.

Kate Winslet for Mare of Easttown for Actress in a Limited or Anthology Series or Movie.

Despite having 8 nominations, Marvel’s series WandaVision came away with zilch.

“The Mandalorian” (Disney Plus)

Lead Actor in a Drama Series

Lead Actress in a Drama Series

Lead Actor in a Limited Series or Movie

Lead Actress in a Limited Series or Movie

Michaela Coel (“I May Destroy You”)

Outstanding Writing for a Limited or Anthology Series or Movie

I May Destroy You • HBO • HBO in association with BBC, Various Artists Limited, FALKNA (WINNER)
Michaela Coel, Written by

Outstanding Directing for a Limited or Anthology Series or Movie

Lead Actor in a Comedy Series

Lead Actress in a Comedy Series

Directing for a Comedy Series

Outstanding Writing for a Comedy Series

“The Daily Show With Trevor Noah”

“The Late Show With Stephen Colbert”

Outstanding Writing for a Variety Series

Supporting Actor in a Drama Series

Chris Sullivan (“This Is Us”)

Supporting Actress in a Drama Series

Outstanding Directing for a Drama Series

Bridgerton • Diamond Of The First Water • Netflix • A Netflix Original Series in association with shondalandmedia
Julie Anne Robinson, Directed by

Outstanding Writing for a Drama Series

Supporting Actor in a Limited Series or Movie

Paapa Essiedu (“I May Destroy You”)

Supporting Actress in a Limited Series or Movie

Supporting Actor in a Comedy Series

Supporting Actress in a Comedy Series